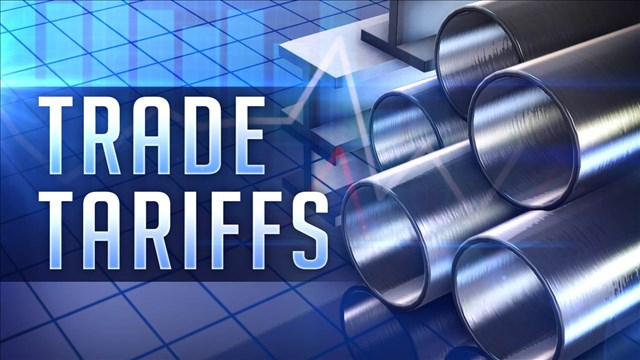 “We don’t want to be unintentionally squeezed out in the middle.”  This was one take-away from a round-table discussion held on Monday with area manufacturers in response to the proposed steel and aluminum tariffs which may be imposed by President Trump.  The discussion was organized by the GTAMC, supported and hosted by the Chamber of Commerce, and attended by area manufacturers as well as Congressman Jack Bergman.

Congressman Bergman heard comments from the manufacturing community, mostly comprised of small- and medium-sized (20-100 employees) in our area.  While some manufacturers support the tariff negotiations believing it will be of long-term benefit to American manufacturing, many have concerns based upon already increasing steel prices and increased lead times to receive raw materials, which forces companies to hold more cash in their inventories.  With many of our local manufacturers purchasing steel from large steel companies and selling their products to large customers, they are left in a difficult position to negotiate the cost burdens related to the increased prices.

The Congressman listened and took notes, and was armed with data related to the demographics of manufacturing in the Grand Traverse region which is the largest concentration of manufacturing in his district.  With a meeting at the White House on Thursday this week, he agreed to mention the concerns from the group and also connect with a small business committee to see if similar concerns were surfacing from other parts of the country.  With uncertainty over the planned path forward in Washington, we hope for a favorable result for our local manufacturers with respect to this tariff discussion.

You have Successfully Subscribed!

Stay in the "Know"